Marketing Atelier, Kent Schmor Champagne Parties and the Secret Masquerade Society hosted an "Eyes Wide Shut" themed masquerade on New Years Eve at the Smart House Mansion. Guests watched the illuminati initiate the lingerie fashion show ceremony while taking in the breathtaking views of the fireworks in the city. The invitees  enjoyed an "Eyes Wide Shut" themed surprise behind each door, dancers, fire spinners, a psychic, a magician, and other top-tier performers. The proceeds benefited Quantum Theater and the local arts community. 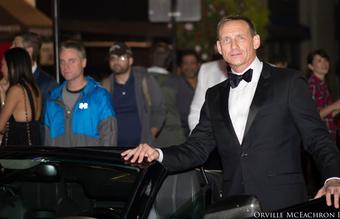 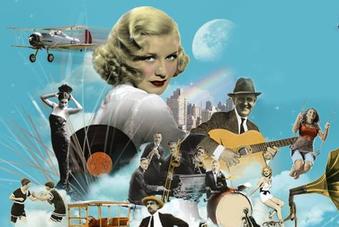 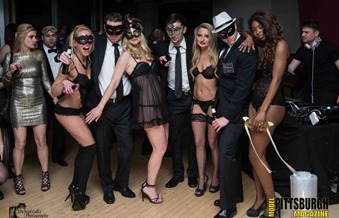 Come mingle at the Red Light District Soiree, Pittsburgh’s hottest Valentine’s Day party at Uptown Rooftop Lounge on February 14 at 7 p.m. Join the bidding war to win a date with the most sought after bachelorettes and bachelors in the steel city. The dating auction will feature Playboy model Margaret Woods, CMT’s Josh Varnado and other highly eligible singles. Love birds will have an option of having a romantic 3 course meal and singles can also enjoy the special. The Modern Match Maker will be on hand to give relationship advice to those looking to find their perfect soul mate. Couples and singles bring your friends and dance the night away to the hippest beats by one of Pittsburgh’s best DJs. Also, come join the sexy 50 shades of Red Afterparty at 10 p.m. All proceeds will benefit the Red Light Fund and the American Heart Association.​ 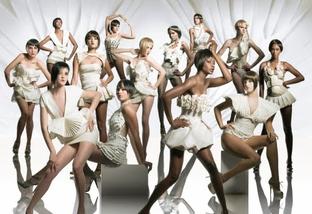 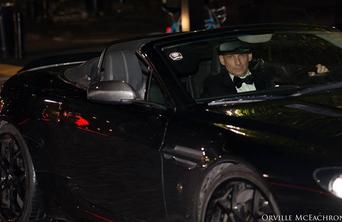 Guests put on their best white attire and were whisked away to the Soiree en Blanc. The crowd was priveleged to have a sneak peak of Pittsburgh’s newest ultra exclusive Speakeasy, the Iron Gate Inn, before its official launch. The endless sea of white blanketed the outdoor garden patio and the dance floor, while guests jammed to the sounds of DJ Kped. The white themed party benefitted the Red Cross relief efforts in Nepal.

Going Back in Time to the 20s

Guests danced the night away at Pittsburgh’s 2nd Annual 20s Roaring Champagne Soiree at Uptown Rooftop Lounge on April 11. The crowd jammed to the beats of electro swing while enjoying prohibition inspired cocktails. Models strutted down the catwalk in vintage clothing during the rooftop fashion show, while fire spinners and LED hoop dancers lit up the sky. The belly dancing performance and other sexy surprises captivated the audience. Guests were encouraged to dress in 20s

themed attire with a modern twist. There was also a "Back to the Future" after party downstairs, and then a VIP only after-party at a secret speakeasy location with complimentary limo service from Uptown. Proceeds from this event benefited Pitt's Study Abroad Scholarship Program.

Bond Made An Appearance at Cleveland Charity Event

​​The crowd partied with James Bond and other Bond Society Elites at the Club at Key Center on January 24 at 8 p.m. Guests enjoyed an exclusive night full of elegance, espionage, and adventure as they celebrated the 52nd anniversary of the James Bond films. Onlookers took in the breathtaking views of downtown Cleveland while striking a pose with 007 on the red carpet. Attendees mingled with James Bond and sipped vesper martinis and other Bond signature drinks. Models strutted down the catwalk during the Bond themed fashion show and there were many sexy surprises throughout the night. Secret agents stormed the club as each guest received ​a declassified 007 mission. Proceeds from this event benefited the Greater Cleveland Food Bank.